This is week one of the Newquay Museum and Newquay Library 2021 Local History & Community Month project. Each week a new video is being added that will share information that we hope will provide new information to view about lesser known aspects of Newquay.

The video here is about the property at Lewinnick Cove, known locally as Bakers Folly, and something of the man that conceived and built it, Frederick William Baker. This is the first video in a series being released weekly throughout May. 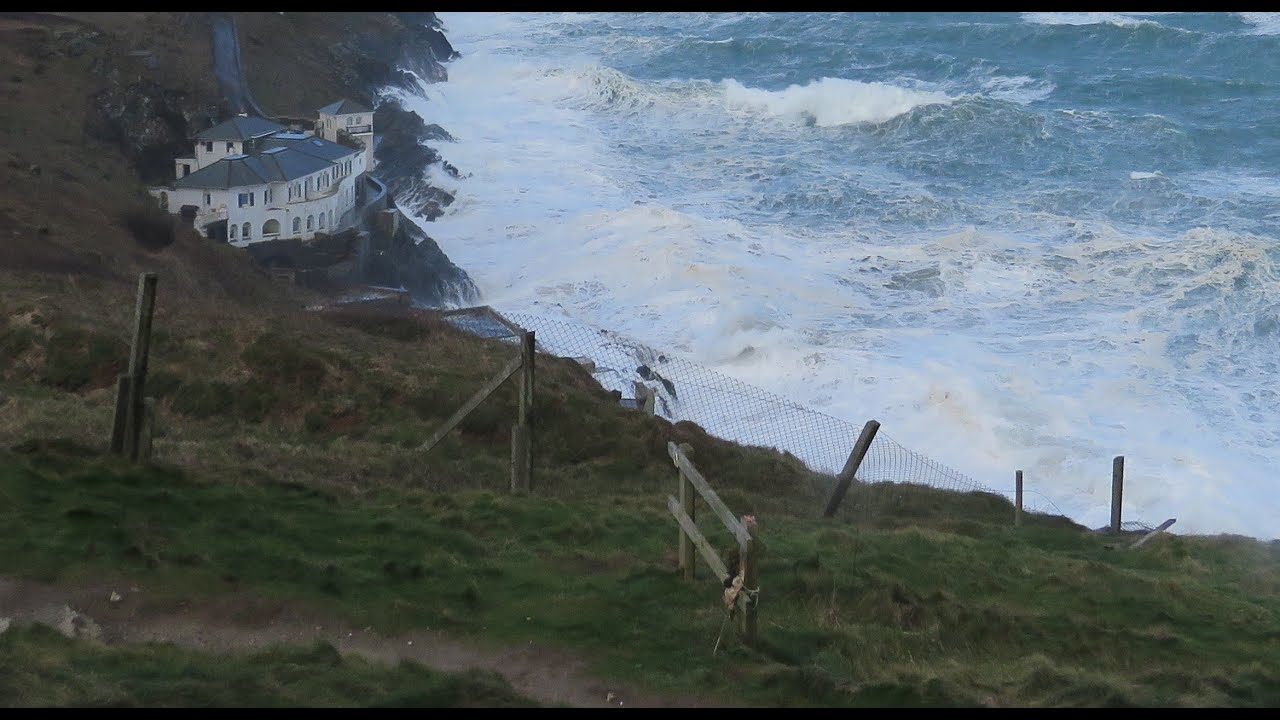 Bakers Folly and the man who created his dream house, Frederick Baker

Video transcription - More information will be added in due course

There are many local myths relating to Lewennick Cove House, better known as ‘Bakers Folly ’, that are self-perpetuating and hopefully this short video will dispel these.

This interesting building constructed by Frederick Baker during the early part of the 20th century has been named locally as ‘Bakers Folly’ as it only gets the sun for about 3 months of the year and that Fred Baker bought his land on the wrong side of Pentire Headland, Newquay. It appears that Fred Baker was amused by this and on him being questioned by a visitor to Newquay if he knew anything about Bakers Folly he replied, ‘I am Baker’.

Fred bought the land at Newquay in July 1910 with a view of building a Romanesque villa based on one he had seen in Italy and then brought over Italian builders to construct it. Construction started and rock was blasted from the cliff to create a level base for the villa and building materials brought over from Italy. With the start of World War One building ceased and according to newspapers did not recommence until after 1926.

He was it is said planning to build a further property on the south side of Pentire Head with a connecting tunnel cut through the rock between the two buildings. He started the north facing property first and eventually completed this in about 1927. The southern property and tunnel were never built and an offer by him to buy more land at Pentire was refused.

Frederick Baker was born in 1862 in Turkey, coming from a wealthy family, his father had emigrated to Constantinople and later set up in business. Fred returned to England in 1876 to finish his education and never returned to Turkey, becoming a successful lawyer and financier in London. He married Winifred Rickard and they had four children.

It is said that Fred Baker made and lost fortunes, but he was generous and hospitable to Newquay folk and helped support the building of the Newquay Hospital during the 1930’s. The short video clip included here is we believe a fund-raising event hosted at the Lewinnick Cove House.

Fred’s wife Winifred died in 1946 Fred remarried, to a long-term lady friend with whom he had been having an affair, twelve days later. After Fred’s death in 1949 the family continued to live at Lewennick Cove House until it was sold and then used as a Country Social Club then being converted into apartments and sold during the early 1960’s.

Perhaps the folly of this building was not that it was built on the wrong side of Pentire Headland, but that Fred’s ambitions were perhaps greater than his wallet could afford and the proposed tunnel and building on the sunny south side of Pentire was just a step too far.