A short video marking the centenary of the unveiling of the Newquay War Memorial and remembering the ‘Old Coastguard Lookout’ that stood on that site. The Lookout was one of Newquay’s oldest buildings, but that didn’t save it from destruction despite opposition from old local Newquay families. Perhaps the first historic Newquay building destroyed, and heritage lost, also what was a potential memorial to those Cornish people who died during the prolonged Napoleonic Wars just over a hundred years previously. 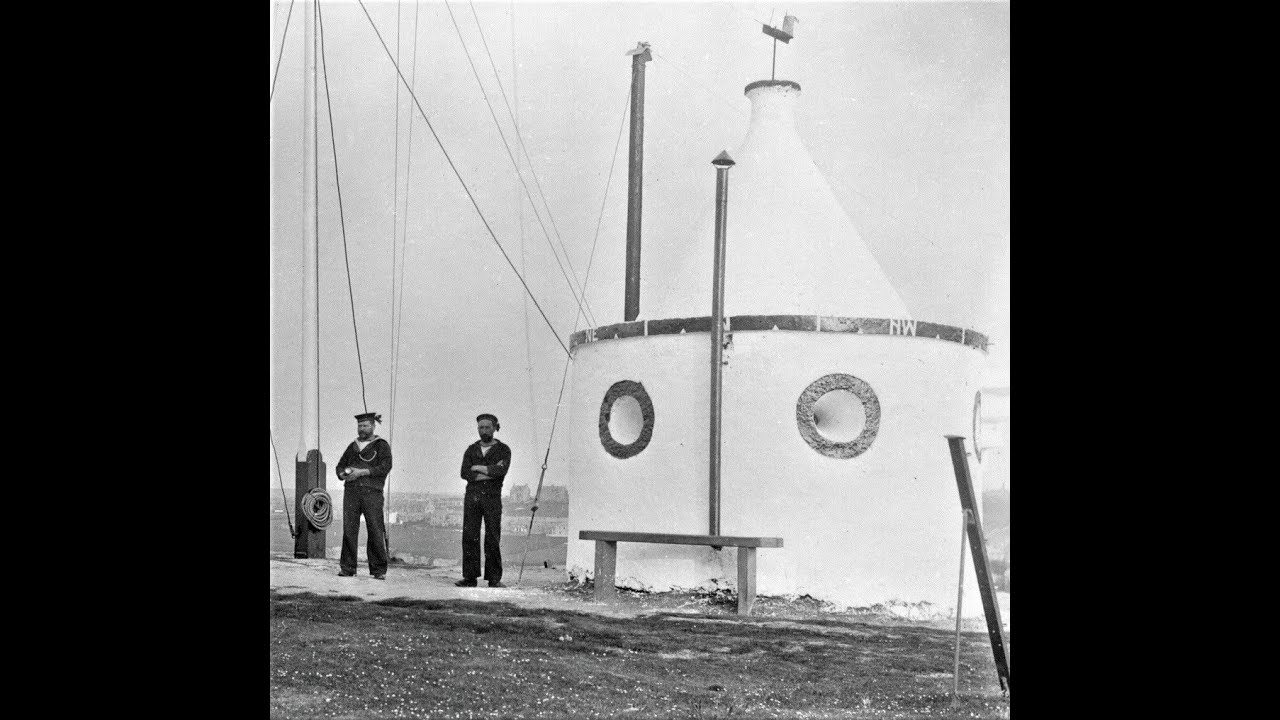 High up on the Beacon overlooking Newquay and the bay stood a small round white painted lookout built during the Napoleonic wars and one of many erected around Cornwall’s coast. Built as a lookout in case of invasion, it would later be used by men from the coastguard who were stationed in Newquay, then a hotspot for smuggling. These men and their families lived in the Admiralty coastguard cottages in Fore Street, built in 1825. They made up a large proportion of Newquay’s population of some 200 people and many descendants still live in Newquay today.

It was the last surviving of these Cornish lookouts, unlike the others thought to have been built of timber. Well-constructed it had thick walls and small round porthole windows allowing a wide range of fire. It was somewhere where the coastguard could retreat should smugglers be apprehended and a musket fight breakout. Cornwall had a long tradition of smuggling with its long coastline and numerous small inlets and coves. The Towan Blystra area had plenty of potential and the Gazelle was an ideal spot for goods to be brought ashore.

The high cost of maintaining the coastguard and high duties on goods that created a barrier to trade led to reduction of both. Smuggling became less profitable and diminished and as the 19th century progressed the coastguard were withdrawn from such duties. The little lookout became somewhere to sit and gaze out over the sea.

The town council took over ownership of the lookout and actually made it available to rent, but its days were numbered. A committee was established after World War One to create a war memorial and the sites considered were the Barrowfields and the Beacon. The later eventually chosen. Accusations of incomers not respecting Newquay’s past were widespread and to say it was controversial is an understatement. Not that anyone was against commemorating our war dead, but it was the positioning of the memorial. Sir Robert Edgcumbe Newquay’s great benefactor stood against its destruction pointing out that it served as a final memorial to the large number of Cornish dead of the Napoleonic Wars.

Most towns and villages would position their own memorials within the town and those pragmatic villages would perhaps build a memorial hall that had a useful purpose as well as for commemoration. Newquay had actually looked at building a cottage hospital as a memorial, but there was insufficient interest.

Newquay residents whose families had lived and remembered the lookout since it was built were incensed. Part of their historic heritage was being destroyed just to make the war memorial highly visible. A campaign by them to save the lookout, including Sir Robert Edgcumbe and Major Tangye, came to nought and the lookout was partially destroyed, the war memorial then built over it.

This video commemorates the unveiling of the War Memorial by the Duke of Cornwall, later King Edward VIII, one hundred years ago on 24th May 1921. It especially helps remember the Old Lookout and marks the first loss of a Newquay historic landmark of what would be many over the coming century.