Association for Cornish Heritage were pleased to welcome Urban Kelt to open a vegan coffee shop in our Museum Gallery Room. The Celtic Lounge was opened in February 2020. Grand Bard of Gorsedh Kernow, Elizabeth Carne carried out the honours with a opening speech in Kernewek and English reflecting the bilingual nature of The Celtic Lounge. Former Grand Bard Merv Davey piped the opening with the Cornish anthem 'Trelawny'.

The Celtic Lounge reflects the ethos of both Len and Bunney who run Kowethas Ertach Kernow (Association for Cornish Heritage) and the Urban Kelt - The Celtic Lounge respectively. Warm, welcoming and friendly with an environmentally positive approach. Here the bilingual nature of Cornwall can be heard in Kernewek, the Cornish language. Also supporting interest in the other Celtic nations and their languages and cultural heritage. Both Len and Bunney are committee members of Celtic Congress Cornwall and other Cornish heritage groups.

Come and visit The Celtic Lounge and enjoy a break amongst Cornish art and objects. Kowethas Ertach Kernow is a partner in the Newquay Museum and there is also lots to see in the other museum rooms. 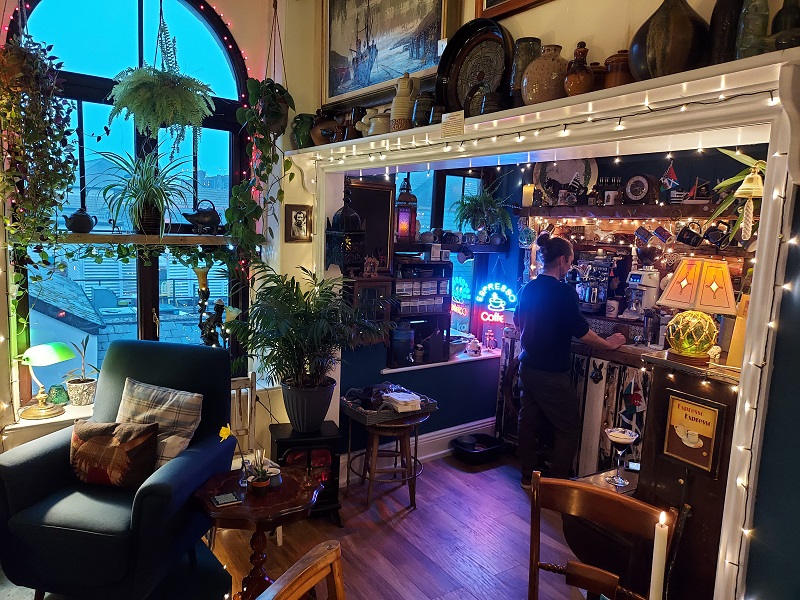 Here at The Celtic Lounge, we hold a variety of events often involving our partners who engage at the Newquay Museum's, Cornish Cultural Hub Tewynblustri. From book signings to exhibitions to musical events as well as community wellbeing activities there is always a buzz of activity.

Music events, illustrated talks and workshops are held in the friendly intimate atmosphere created as part of the Newquay Museum which has an added vibe that is The Celtic Lounge.

More about the wide range of future and past events can be found by clicking Newquay Museum - Cornish Cultural Hub Tewynblustri or one of the images below. 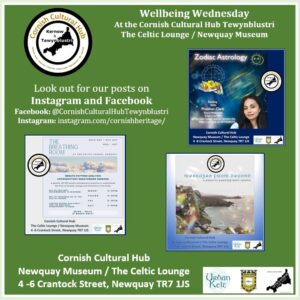 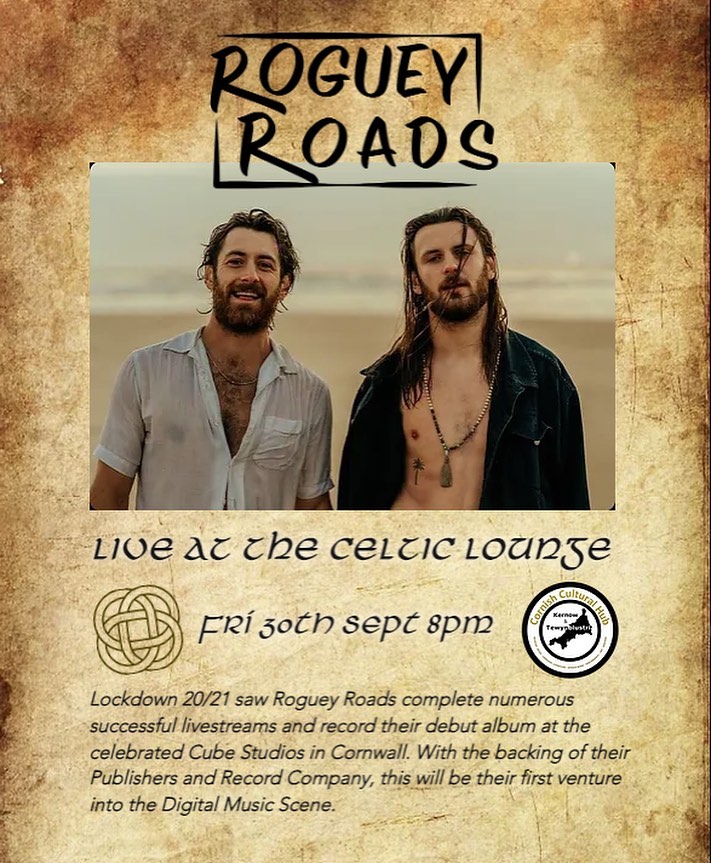 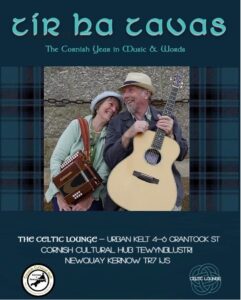